Middleton Band are delighted to announce that Kevin Gibbs has taken over the reins as Musical Director. 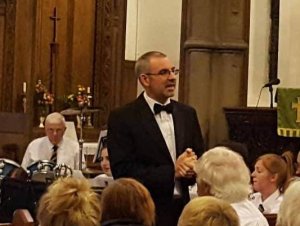 Kevin is no stranger to the band, having worked with us earlier in the year to prepare us for the Area contest. He recently agreed to help us out again, this time taking us to Rochdale Contest.
However, to the delight of the band, Kevin decided he would like to continue to work with the band full time. He made his concert debut at our Autumn ‘Friends of Middleton Band’ concert at St John’s, Failsworth where he told the audience he was “excited to be working with the band”. The audience was clearly excited too with lots of positive feedback on our playing, programme and Kevin’s jokes! 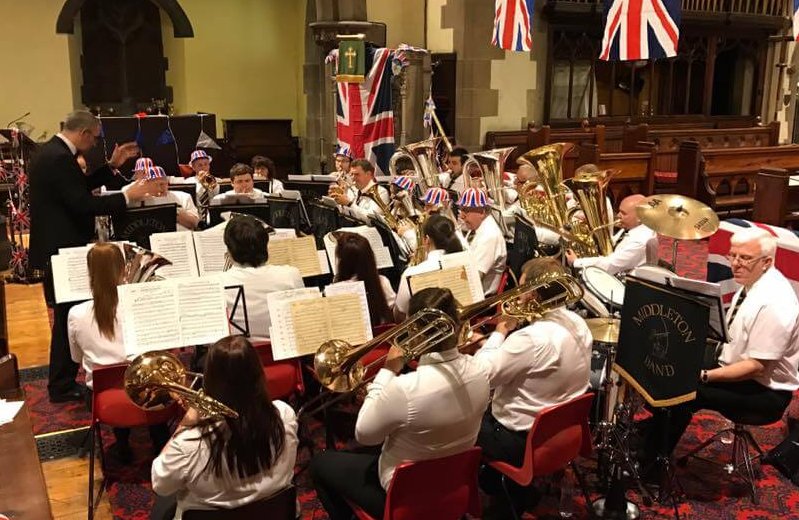 Kevin has played and worked with a wide range of bands in his musical career and brings a wealth of experience with him to the band room. In just a few short weeks, the band is sounding better than ever and there’s a real buzz of enthusiasm all around the stands. Kevin made his contest debut as our permanent conductor with the band at Rochdale Contest on 29th October where the band achieved an excellent 2nd place playing Renaissance.

The band is eagerly anticipating working with Kevin and moving forward together. We are now gearing up for the festive period and are looking forward to Butlins contest and the Area contest. The band are on the lookout for a couple of talented cornet players to complete our team for the upcoming contest season – applications can be made in confidence to secretary@Middletonband.com